Michael Kors feted his 40th anniversary with a performance by Rufus Wainwright; a video show shot outside and inside the Shubert Theatre; a vintage-with-a-twist collection and guest appearances by Broadway show legends, all collectively unveiled Tuesday morning in New York. 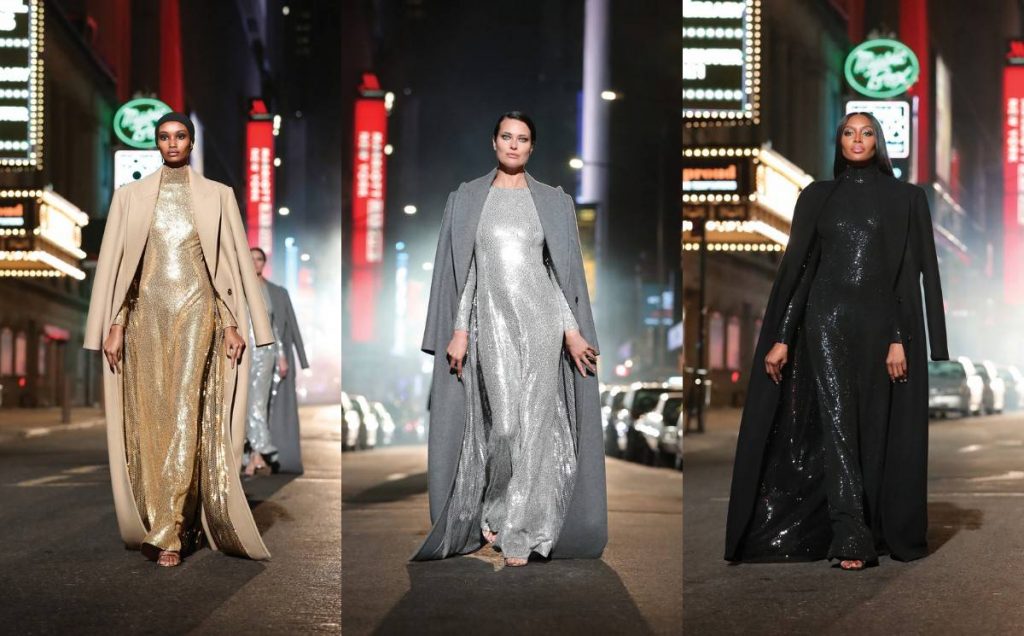 “We have all had such a longing for community, travel and experiences so the idea of my beloved Broadway being shut down and all the talented people being out of work breaks my heart…. So, this is a love letter to Broadway; the theatre; live performances and to New York City,” explained Kors in a Zoom with European editors a day before. 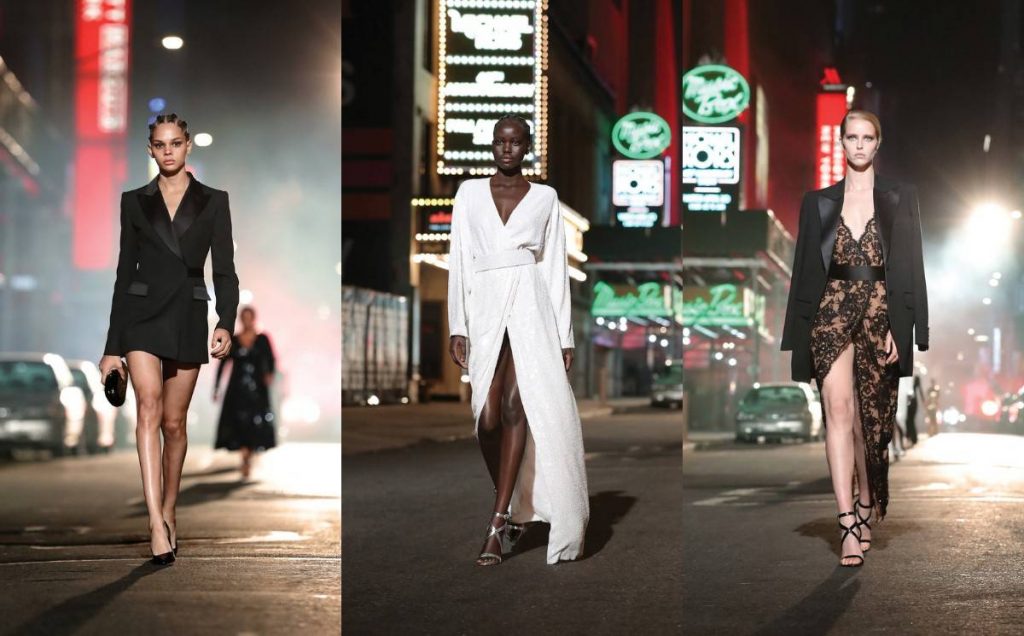 The two-part event was split between a visit to Sardi’s, Broadway’s most famous restaurant, famed for its caricatures by Russian-American artist Alex Gard, for each of which he was paid one square meal per day. In Kors’ video, the caricatures come alive, and living legends wisecrack, and recall their favorite looks by Michael. Kors’ cast includes Bette Midler, Cynthia Nixon, Bernadette Peters, Rosario Dawson, Alan Cummings; Billy Porter, Chita Rivera; Matt Bomer, Marisa Tomei, Ashley Park and Ariana DeBose. 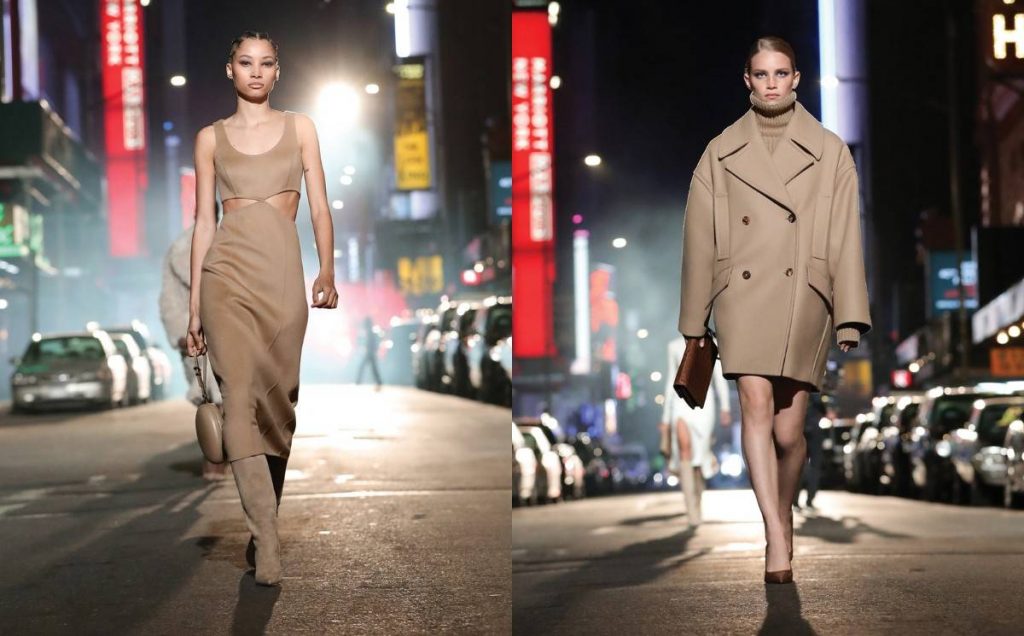 “Doing good has never looked so good,” says Nixon, thanking an unshaven Kors for a generous contribution to the Actors Fund. Broadway’s contribution to New York cannot be underestimated either – providing almost 100,000 local jobs and bringing $15 billion annually to the local economy.

The designer’s thinking process was ignited by finally attending ‘About Time,’ the Costume Institute’s exhibition tracing a century and a half about fashion, focusing on what clothes stand the test of time. 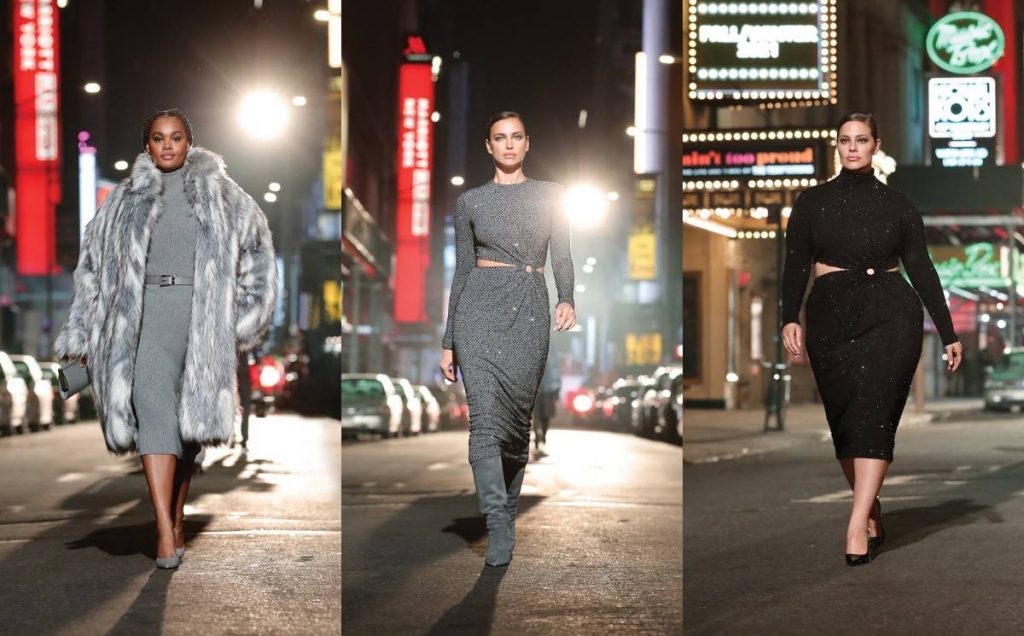 As a result, he focused on his own archives, which he freely admitted are “terrible,” as he gave away too many clothes as gifts to friends. This fall/winter 2021 collection playing on Kors’ iconic styles and motifs – from big-cat graphics to power-shoulder silhouettes to extravagant American sportswear.

To celebrate the anniversary, Kors created the MK40 Reissue Capsule, a special curation of looks inspired by the archives. All of them dating back more than 20 years, but reproduced and redesigned for today, with a QR code in the label, so the customer can discover the story of each look, and turn it into an archival piece. 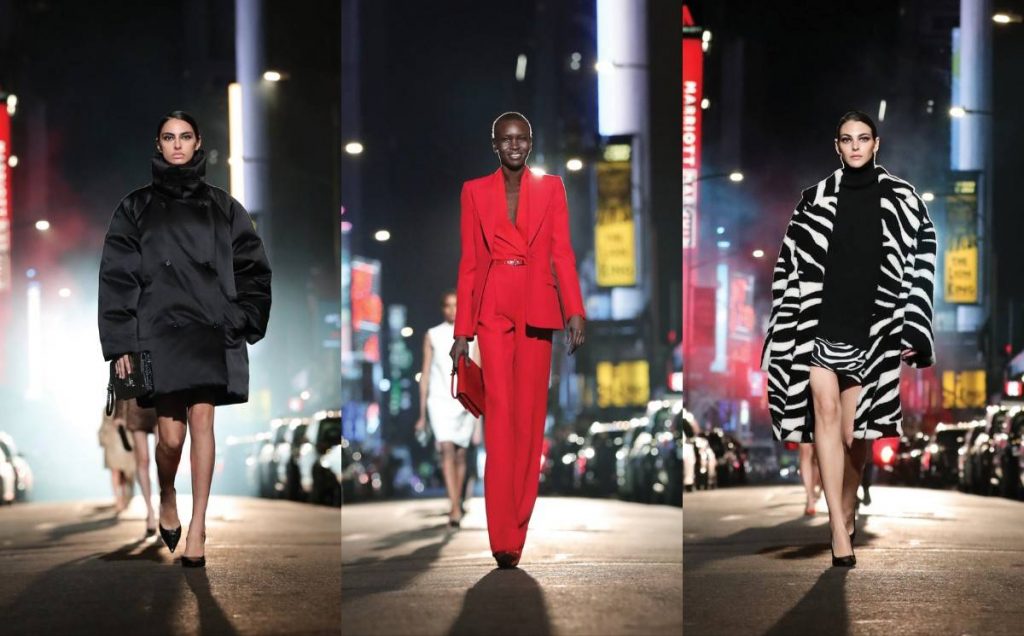 “The connective thread is always this juxtaposition between opulence, glamour, simplicity and ease,” said Kors, taking three seconds to pronounce the word ‘ease.’

Though the quintessential New York designer, fashion billionaire Kors’ hometown is Merrick on Long Island. It’s a small town noted for its overachievers – from Mario Puzo, the author of The Godfather, to Paul Krugman, the Nobel prize-winning economist, to Ed Begley, the hardman of so many Westerns. 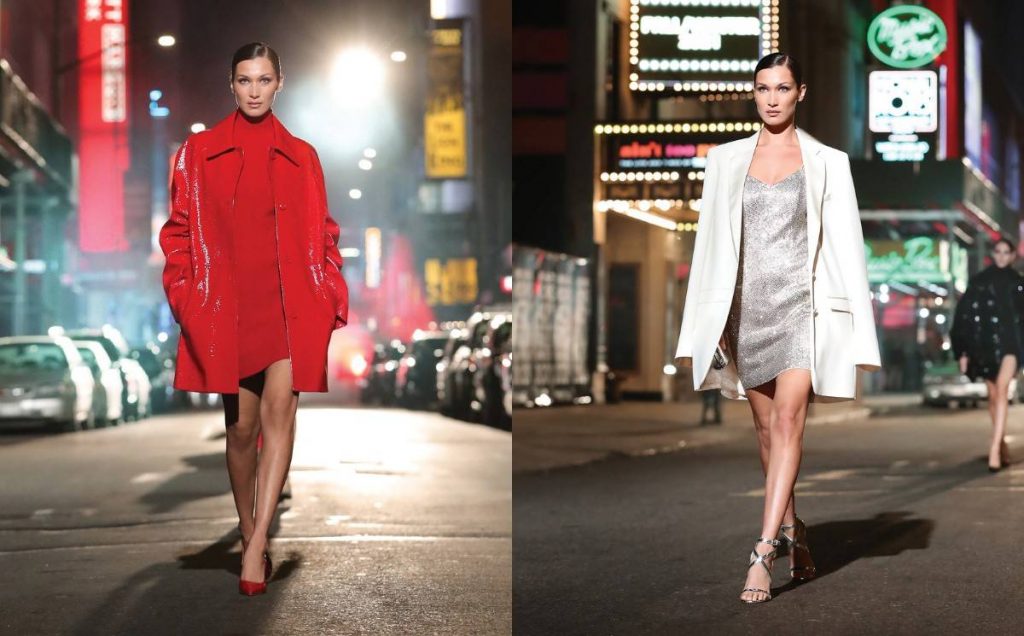 Oodles of urban polish, and galloons of glamour at the finale with a series of screen-goddess metallic dresses; a stretch jersey cocktail with hand-painted paillettes and a marabou feather neckline; and a red-carpet explosion with Helena Christensen in a silver, broken-glass-style column, and Naomi Campbell glistening in black sequins. Then again, Sardi’s was where they invented the Tony Awards, so that made abundant sense.

“It’s the opposite of this messy, slouchy and quite frankly undone look that we have all gotten very used to. It’s about stepping out, definitely. We are starting to hear people thinking about, ‘what will I be doing for New Year’s Eve? Where will I be for Christmas? I want to get dressed up when I go back to the office. And end my life in slippers and track pants!’ This fall will be about learning to walk in heels again, ’cause everyone is going to want to strut their stuff,” sniffed Kors, whose cast ended up sitting inside the Schubert socially distant in rapt attention before Rufus.

Working his way through a medley of Big Apple classics – ‘City Lights,’ ‘New York State of Mind’ and ‘There’s No Business like Show Business,’ Rufus crooned in an open-neck shirt and tuxedo.

“Thanks to all of you for 40 years of incredible memoires,” concluded Kors, who took his bow with Wainwright with an enormous smile.